So, I was going to wait until I had finished Overturned to continue with this story, which I started here, but right now I’ve drawn a blank on Overturned and I have been getting quite a lot of ideas for this story, so want to continue with it for now, though I will keep writing Overturned, I am currently taking a break as it’s just not coming to me at the moment. 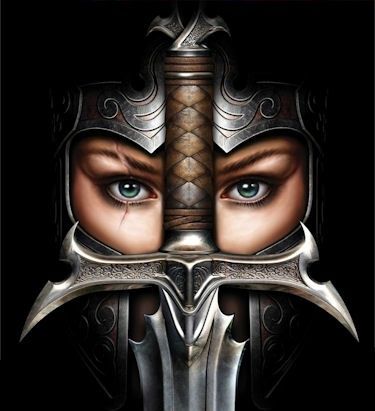 Esther sighed as she heard a knocking on her door. Screw ’em, I ain’t moving me ass, she thought reached for the beer bottle again and raised it to her lips, taking a looonnnnggg swig.

It had been a shitty day.

Okay, so it was only seven in the morning and nothing had actually happened yet, but she was fairly certain it was going to be a shitty day.

Cause why else would someone be knocking so frantically at her door at seven in the morning other than to inform her that she yet again had apparently failed to pay some numbskull some money that she owed?

How she got these debts, she had no idea. It wasn’t like she was copiously throwing her money away – she was usually so stoned that she had no idea on what or whom she was spending all her money on.

But whatever. So long as these effin’ money collectors didn’t prevent her from having her booze, she was fine.

They can go to hell for all I care.

But the knocking didn’t stop.

And this time there was a voice accompanying it, practically yelling: “By order of the Royal Guard-”

Esther had shot up from the table and darted over to the door, tripping over clothes and items strewn across the floor, and yanked the door open as soon as she heard the word ‘Royal’. Oh my gosh. If I owe the ROYAL GUARDS money, I am sooo screwed!

“What is it, sir?” she asked, trying to hide the beer bottle behind her back. She usually didn’t care what people thought of her drinking, but if she was in trouble with Gabriel, she knew better than to let him catch her with any booze…not that it would be hard to decipher that she had been drinking…a simple glance at her appearance screamed I’VE BEEN DRINKING!!!!

He frowned at her for a moment before saying: “The king requires your presence as soon as possible. I would suggest changing into something more appropriate and a bath would be a good start.”

What does the king want with me?

(End of Recap, start of this chapter, chapter 2)

“Uh…y-yes, sir,” Esther said, before stumbling backwards. She would have fallen on her behind amongst her filth and rubbish except that she found herself being yanked to a halt and strong hands that were gripping her arms turned her around until she was facing the messy interior of her house.

She felt the beer bottle being snatched from her hands and a few seconds later she heard glass shattering against concrete.

She could have wept.

“That was my best bottle!” Esther snarled, whirling around, tearing herself out of the soldier’s grip and jabbing an angry finger at him, no longer caring that Gabriel was the head of the Royal Guard. He simply stared down at her and then gripped her wrist hard enough that she was sure she heard bones cracking inside her wrist.

As he stared at her: “Why the King wants to trust our lives in the hands of such a drunken nut like you, I have no idea, but he seems to think that you’ll save us, so you better get going if you ever want to save whatever dignity you have left.”

She simply cocked an eyebrow and pried her wrist free before slamming the door in his face, but not before she said “Will do”.

Once she had shut the door, she slumped against it and pressed her palms to her forehead.

Oh, crap, what have I done that the king wants me? And what did Gabriel mean by the king is trusting our lives in my hands? Whose lives? How am I saving anybody?

With that despairing thought, she pushed herself off the door and began getting ready to head for the palace.